I soon learned that was fine because of the following:

At some point, it did not feel viable for much longer.

A big part of that is that I fell in love with a person who, despite being half-Singaporean, despite having been in Singapore for a decade, was never going to be able to get a long term visa there. We could marry, of course, abroad, but… what would that matter, to our life in Singapore? Singapore would not recognize that marriage. They might ignore it, and not actively diss it, but that’s not good enough. Especially for people with our privilege.

So, like queer folks with any amount of privilege, we left.

To do that, we had to fly to New Zealand.

Our marriage was solemnized by a Maori woman who ordained our marriage, as our wedding celebrant.

And with that, we were off. Less than six weeks later, we were in our cute little studio in downtown San Francisco, dog in tow. 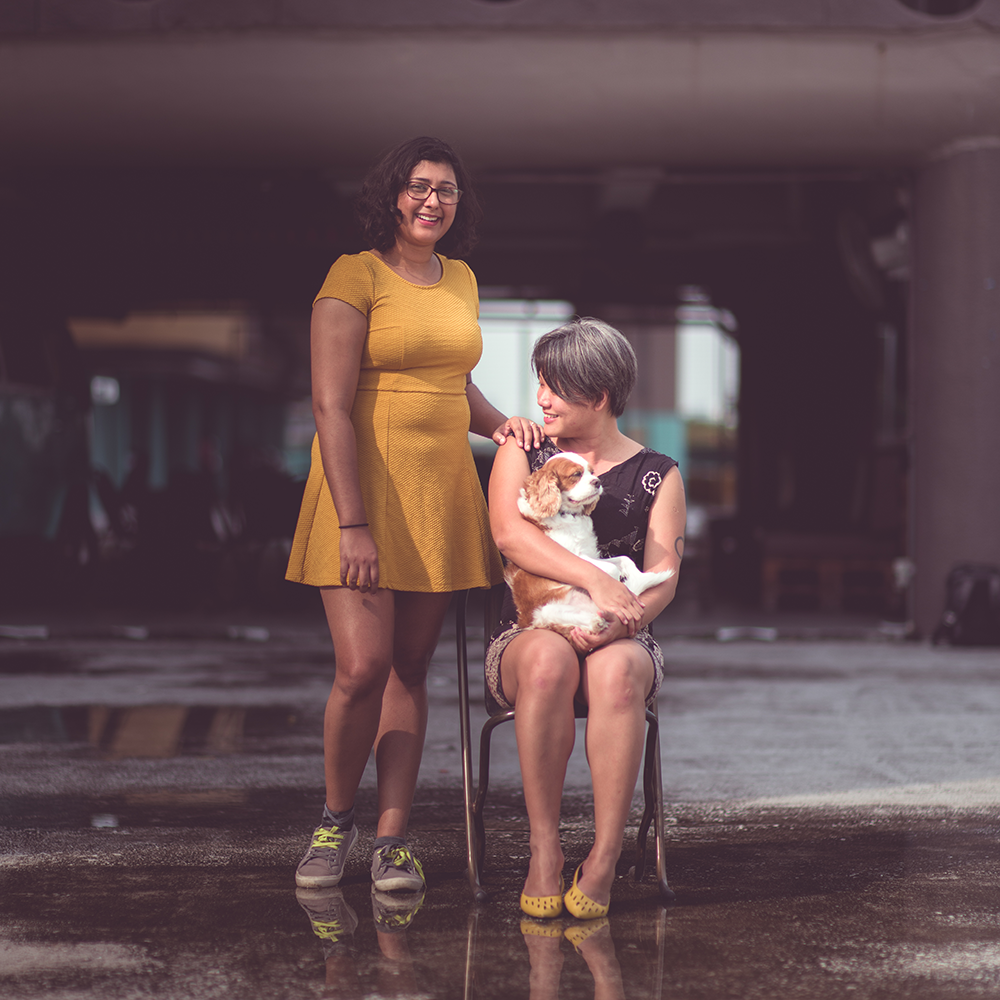 One of the last photos we took before leaving Singapore, in our favorite place: Golden Mile. Photo by our good friend, Javad Tizmaghz, photographer and woodworker extraordinaire.

I wish we didn’t have to leave at all.

Very often, when you move to America, the prevailing thoughts are:

But in the age of fascism, are those things still… true?

Things that are not better

Things that are better

How to get queer married

First, decide which country you want to get married in. If you have a good passport, then just select the best ones that will marry you, and whose scenery you enjoy the most. If you don’t, then select the country that will admit you without a visa, or with an easy visa, that will also marry foreigners.

Second, ask your beloved if they will marry you. In my case, I asked my wife-to-be to marry me at 5 in the morning at an airport. She said yes, thankfully, despite being sleep-deprived.

Third, make the necessary online reservations. Most cities or counties that will marry you require you to book an appointment online. In our case, we made a booking on NZ Marriages. It was very easy, and affordable, and I highly recommend it. Also, are the Kiwis the last competent people in the English-speaking world? (I think so.)

Fourth, once you have received confirmation, book your trip! In our case, we had plenty of points from Singapore Airlines and we were able to splurge on a business class trip down south.

Fifth, locate marriage witnesses. Thankfully, we had a few of those. One of them was a Finnish journalist I had never met, but had followed on Twitter for years; the other was… I completely forgot this, my ex-girlfriend’s girlfriend’s… ex. My wife-to-be asked on the morning of our wedding how we knew each other, and we burst out laughing.

Sixth, be happy. Not everyone has the ability to move somewhere where their marriage is going to be recognized. I certainly did not think it was a big deal, until I had that privilege. We have so many friends who live in various parts of Asia, who have fought different battles. Maybe you are Menaka Guruswamy and Arundhati Katju, and together as a couple you strike down a Victorian-era homophobic law that has been used as a cudgel against gay men in India. Maybe you will be inspired by my Malaysian lesbian friends, @zhukl, who fights homophobia, misogyny and other bigotry on a daily basis.

We got lucky. I had the opportunity to take my skills somewhere that wanted it; luckily, they wanted my wife too. On so many levels, it’s worked out to be a step in the right direction for us. I have a job that I love, that is fulfilling; my wife gets to restart college after a series of mishaps.

It has been a whirlwind. As an international queer couple from so many places, here are some of the things we must consider:

We’re thankful that we are now somewhere that makes some sense to us.

How much longer will it continue to make sense, though? Who knows. Maybe the next seven months will tell.